How Does TMS Impact Sleep? 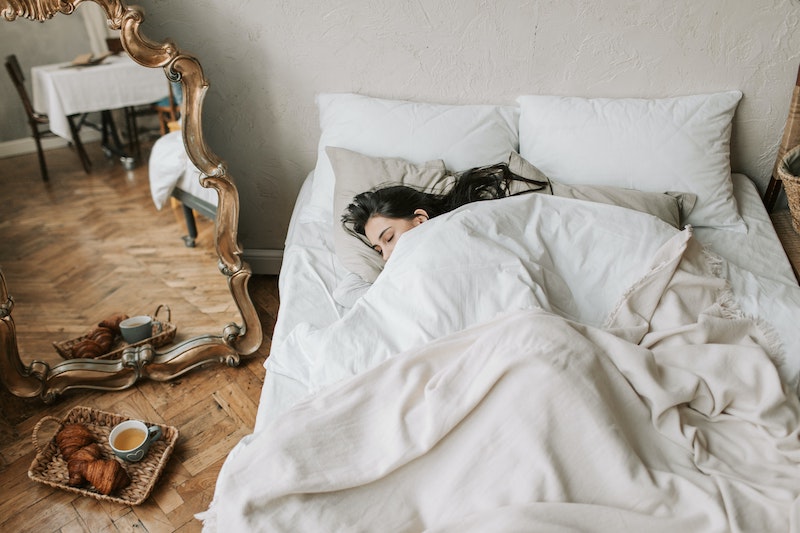 If you suffer from a serious mental health condition like depression, PTSD, anxiety, or OCD, you might be rightfully worried about the side effects of traditional medication treatment. For people who are looking for a non-invasive and non-medication-based therapy, TMS provides a potential solution.

But what about something more simple like sleep?  It’s common for individuals suffering from depression or anxiety to experience some level of sleep deprivation or insomnia.

Depression and anxiety are debilitating problems for more than 20 million Americans who suffer from insomnia.  As these elements are linked, it is important to understand how sleep, anxiety, and depression interact and how TMS can help.

Let’s take a look impact and connection between TMS therapy and sleep.

What Is TMS Therapy?

TMS stands for transcranial magnetic stimulation. This is a particular kind of brain stimulation therapy.

Using electromagnetic pulses to stimulate nerve cells, TMS therapy is a non-invasive treatment. This type of therapy might help to improve the symptoms of various mental health or neurological disorders.

In addition to treating depression, there is some evidence that TMS can help with a number of other disorders including Parkinson’s disease and anxiety.

You might also hear TMS referred to as repetitive transcranial magnetic stimulation (rTMS) because of its use of repetitive electrical impulses.

Sleep consumes about a third of our lives.  It is vital to function psychologically, both in cognitive function and our mood.

When we become sleep deprived it can be very distressing for a majority of individuals.  It can have various adverse effects and negatively impact our lives.

According to a number of studies, Sleep deprivation and Insomnia have been shown to alter the performance of medical professionals as well as have an effect on depressive symptoms.

Insomnia or sleep deprivation is a disorder in which people have trouble sleeping. It can be caused by many different things, from stress to medication use.

There are also physical causes of insomnia, such as pain and restless leg syndrome. Insomnia affects 1-10% of adults each year and it becomes more common with age.

TMS and Sleep: What You Should Know

It is well known that depression can impact a person’s ability to sleep. On top of that, antidepressants can also interfere with normal sleep patterns.

If you’ve been reading about TMS as a potential depression treatment, you might be wondering about the relationship between TMS and insomnia.

When you don’t get enough sleep, it can lead to a decline in cognitive function as well as memory performance. It is believed that through relieving depressive symptoms, TMS might be able to improve both sleep and insomnia.

At this point, there is a lot more research that needs to be done about TMS and its potential applications. However, there are certainly suggestions that TMS can help improve the symptoms of a long list or disorders.

For example, a 2020 study found that TMS might help with a symptom of Parkinson’s disease known as gait freezing. This symptom involves the sensation of feeling frozen and not being able to move while attempting to walk.

Some of the other disorders that TMS might help with include:

At this point, most of the studies centered around TMS have to do with its potential uses in treatment-resistant depression. However, a number of studies point to the fact that this therapy could also have a much broader span of applications.

TMS Isn’t For Everyone

When weighing out the pros and cons of TMS therapy, you’ll find that it is considered to be a safe treatment. However, people who have metal in their heads should avoid this treatment, such as:

The reason these people should avoid TMS treatment is that the magnetic field can make these implants move or heat up, which can result in injury.

The Connection Between TMS and Sleep

If you have treatment-resistant depression and a physician has recommended TMS therapy, you likely have a lot of questions. The first of which was probably “what is TMS therapy?”

Now that you have a greater understanding of this noninvasive procedure, you can work towards determining whether or not it’s right for you.

Are you wondering if TMS therapy is right for you? Contact us today for a free consultation!